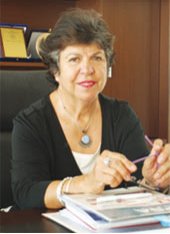 The XVIIth International Coal Preparation Congress (ICPC) will be held between October 1-6, 2013 at the Grand Cevahir Hotel and Congress Center in Istanbul under the patronage of Mr. Taner Yıldız, Minister of Energy and Natural Resources. In the Congress, the Technical Program will run in two parallel plenary sessions and poster sessions. Furthermore, the recent advances and developments in coal preparation and quality improvement technologies will be discussed. An exhibition titled ICPC 2013 EXPO, where equipment manufacturers, material and service suppliers from around the world will be able to display their products and services, will also be held concurrently with the Congress. The official language of the Congress will be English, however oral presentations will be simultaneously interpreted into Turkish.

185 abstracts, 130 of which were deemed suitable for oral presentations, were sent from 26 different countries from all over the world to the XVIIth ICPC. A very rich programme encompassing sight-seeing tours to historical sites and tourist attractions in different parts of Istanbul and Turkey and technical tours to coal preparation facilities will be organized both for participants and their companies.

Prof. Gülhan Özbayoğlu (PhD), as the chairperson of both the XVIIth ICPC and the IOC is inviting you to the XVIIth International Coal Preparation Congress to be held in Istanbul, the city on two continents to meet the professionals of coal preparation coming from all around the world.

Please visit www.icpc2013.com for more information about the XVIIth ICPC.