Leading the rankings last year, Oxford University has not lost its seat this year. The table below shows the comparison of top 10 Universities in the last two years.

Atilim University ranks in the 801-1000 range this year and is one of 4 Turkish foundation universities ranking among the top 1000. Below given tables shows the places of Turkish universities in THE World Universties Rankings. 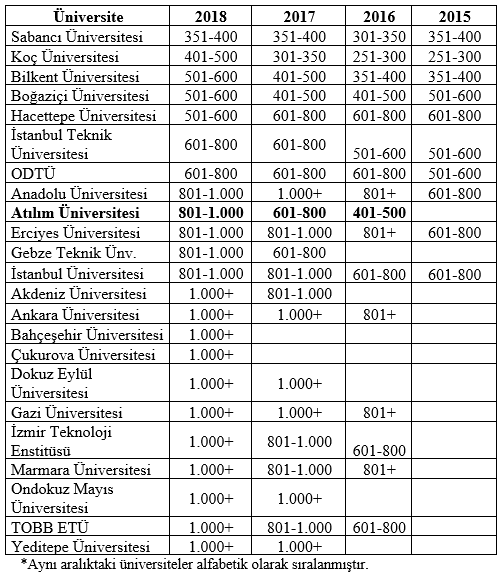